Jewish Songs: the New, the Old and the Hidden. 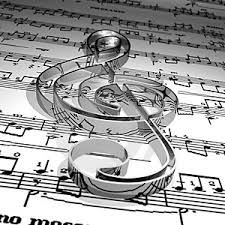 There are so many things happening in the field of Jewish music that sometimes it is hard to keep track, since –even in the age of the internet– excellent new books and recordings do not get the exposure and diffusion they deserve. If it is hard enough for us in the US to know what is being done opposite coast, what to tell about new publications in Israel or Europe. Today I would like to take some time to present four new books on Jewish music, the new, the old and even the hidden.

First for the new songs: some months ago Shalshelet published its 4th International Festival of New Jewish Liturgical Music 2010 Festival Songbook and accompanying CD’s. Like the preceding volumes, this is a must-have for cantors, lay shatz and shul musicians. You will find numerous musical settings that fit the needs of religious services, educational venues and formal music interpretations by choirs and soloists, from quite elaborated contemporary music to congregational, simple tunes that work very well in most synagogues. The book is organized by subjects: psalms, songs of love, songs of memory and healing, etc. Among my favorite melodies I will mention Aaron Blumenfeld’s Song of Songs, Jessi Roemer’s Ahavat Olam, and Marcia Dubrow’s Va-tikach Miryam. There is a wide array of styles, from folk to jazz, pop to Hasidic and mizrachi. Musical creativity in the Jewish world is alive and well! A number of the musical pieces are recorded in a double CD, that is sold separately, but unfortunately the recordings do not cover the whole collection, so it is well worth getting both items, and thereby supporting Shalshelet‘s great task. By the way, the songbook includes a piece of yours truly, Shachar Avakeshka, in a jazz style for choir and piano.

The other three books I want to introduce to you are written by the same author and, in my opinion, form an impressive collection that any person seriously interested in Jewish folk music will enjoy. The author is Liliana Treves Alcalay, and the titles are Canti di corte e di juderia, Melodie di un Esilio, Canti della diaspora, all published by Giuntina in Italy. Do not let the Italian text scare you out: they all come with abundant music transcriptions, original lyrics, a CD that contains a selection of the analyzed melodies, etc. Canti della Diaspora [Songs of the Diaspora] is a short, well-written book that serves as a good introduction to the variety and richness of Jewish folk song. After a brief exposition of the major trends of Sephardic and Ashkenazi musical traditions, Liliana Alcalay offers a very nice selection of songs in Ladino and Yiddish, accompanied with Italian translations (although without any music transcriptions).

In Canti di corte e di juderia [Songs of Court and Jewry], Alcalay focuses on the origins of Sephardic music and tries to establish the features that make it different from non-Jewish Iberian folk-song. The author compares a number of Sephardic songs to their “original” (for lack of a better term) Iberian versions. It is very interesting to see how both cultures elaborated the same melodies and lyrics according to their own idiosyncrasy. After some chapters of delimitation and contextualization, Alcalay exposes the different treatments of seven musical and literary themes, such as tragical deaths, forbidden loves, lullabies, etc. One of the assets of Alcalay is that –unlike other musicologists that assume a nonexistent medieval “Spanish” cultural unity– her research includes the exploration of the Aragonese-Catalan tradition. For instance, the book contains a comparative analysis of the Catalan song La dama d’Arago and La bella in missa, a romanza from Salonica.

In Melodie di un esilio: percorso storico-musicale degli ebrei e marrani spagnoli [Melodies of an exile: a historic and musical survey of the Spanish Jews and the Marranos], Alcalay offers part of her field work among Cryto-Jews, while intending to establish if there is an actual marrano musical tradition, a subject that is highly controversial. In my opinion, this is the most interesting book of the series, although due to the nature of the subject it is prone to be contested, and even more when the author does not go into the academic minutiae but rather tries to expose broad concepts. To begin with, how would a hidden minority make public display of a distinctive musical tradition? How could we “sound different” in a society that punishes the difference? Furthermore, most Crypto-Jewish communities have received the modern influx of music from mainstream Jews, thus making very complicated to establish what is Crypto tradition and what is something brought in only recently. The book opens with some chapters on the history of the Iberian expulsion, immigration of marranos to the New World, and an analysis of the Crypto-Jewish religious practices. If in Canti di corte Alcalay presents a detailed analysis of how Sepharadim have “de-christianized” the traditional Iberian romanzas, most of the affirmations of Melodie di un esilio regarding Crypto-Jewish music are somehow conjectural, although that does not hinder from the high value of the book and CD.

The Flow of Identities: of Puebloan, Cryptos, and American Jews.

Last July at the Indian Pueblo Cultural Center in Albuquerque NM, a very young native-American guy was telling us how most of his village’s dancers were aging. Traditions were slowly falling into oblivion, and youth were not interested in this art. This moved him to create a new dancing group whose members are all in their teens. The evolution of Pueblo pottery narrates a similar story: after generations of simpler, somehow impoverished styles, mid-20th century archaeological findings prompted Puebloan pottery makers to revive more complex, traditional designs that were long lost. Traditional forms, however, are recreated and updated both for traditional use and for commercial exploitation, in a process that has its enthusiasts but also its detractors.

A couple of days later we met with Daniel Diaz-Huerta, an enthusiastic organizer of New Mexico’s Crypto-Jewish community. Every day more and more Hispanic people of Jewish descend reclaim their identity. In consonance with our times, their newly coined Jewish character often doesn’t fit the narrow criteria of what the English-speaking, “white” Jewish community considers as normative. Like in any other social change, the establishment is often suspicious and prejudiced against a collective who doesn’t “look Jewish.”  This creates interesting sociological and cultural clashes, which I will certainly talk about in upcoming blog posts.

Back home, I read that an Orthodox beit-din from B’nei Brak has decided that Mallorcan xuetes (or chuetas) are actual Jews. Since their forced conversion to Christianity, this Crypto-Jewish community of my country of origin has been discriminated for being Jewish. More than 600 year later, the Jewish establishment is just starting to acknowledge their identity. I understand: the rules of halachah are (relatively) clear; but maybe –just maybe– it’s time to rethink modern Jewish identity and its implications. In my life time I experienced the slow creation (or restoration) of a practicing, Catalan-born Jewish community. In a way, we had to reinvent ourselves and our tradition, lost for almost six centuries. We had to create a new language of faith and a new identity. Even after the years, the existing local Jewish community –almost entirely integrated by Moroccan and Argentinian immigrants– is still having a hard time coping with this emergent Catalan collective.

Are we, as contemporary American Jews, any different? I don’t think so. Our identity is as fluid as it can be, because it doesn’t come imposed on us anymore. In many ways, today we are all Jews by Choice. We choose to define ourselves as Jews; and being Jewish is only a more or less important part of our identitarian cocktail: we are Jews, Americans, LGBTQ, politically progressive… all of them simultaneously, in a combination unique to each of us.

We share yet another feature with our Xueta, Crypto, and even Puebloan fellows: most of us have not received tradition directly from our parents. We have claimed it a posteriori. Jewish tradition and observance in the Western world has often skipped a generation (or two, or three). We are constantly going back to this tradition but, at the same time, we are recreating, updating and reconstructing it. It’s an impassioned and challenging process that will probably result in a Jewish identity that maybe –just maybe– our great-grandparents would have a hard time recognizing. The effort, however, it’s worth every second.

In this time of crisis and changes, we don’t know what the Jewish community will look like in 10 years’ time, but we are pretty sure that it will have to adapt itself to new challenges and new, fluid identities.