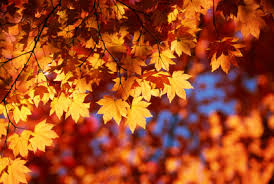 It is not a secret that the Jewish population is getting smaller and older. Much has been written on this subject and we all agree that we need to grow and we need it now. Some have even suggested we should lift the traditional ban of actively seeking converts. By this thesis, one should not only not make things impossibly difficult for candidates to conversion (we all know some contexts where this attitude is overdone ad absurdum) but rather go as far as to encourage people to explore our faith. But let’s leave this controversial subject for a future post.

Going back to the growth of Judaism, we can pinpoint many different causes of the demographic decline. For some rabbis, intermarriage is the big monster that is eating us alive. In my opinion, the trees maybe hiding the forest in this case. See, I grew up in a country whose language and culture are clearly receding. Many thinkers blame immigration and cultural intermarriage, as if the Catalan “purity” were watering down. Catalan speakers marry Spaniards and the whole family chooses Spanish as their home language, since it is always easier to favor the culture of a majority. However, it is evident that in some areas of Catalonia “culturally-mixed” families fare better than in others. A mixed family in Palma or Alacant is more prone to abandon the Catalan language in favor of Spanish than, let’s say, a family in the Garrotxa, just because in that area Catalan is more alive and enjoys better social prestige. Now back to Judaism: in a social context where Judaism is less alive, an intermarried family will be more prone to “go with the majority” and educate the kids as Christians. The culprit here is not intermarriage, but the weakening of Jewish identification. All in all, I think that it’s about lack of enthusiasm for Judaism.

As many of you know, I’m a hazzan with a bunch of part-time jobs. One of them is as a church organist. Two weeks ago I was sitting at my organ and listening to a visiting pastor. His sermon was about the church’s need to proselytize –what they call “the Great Commission”– and make disciples. His argument was simple: imagine your life without a personal relationship with Jay-Cee. How voided of meaning, joyless, purpose-deprived would it be? Now think of your relatives, friends, and coworkers who do not have that. Doesn’t it move you to action?

Allow me the somewhat-risky exercise of bringing the pastor’s argument to Judaism. Imagine your routine, your whole world without Judaism, without its ethics, life-cycle rituals, yummy food, music, and crazy idiosyncrasy. Imagine going through the week without the anticipation of Shabbat and without its rest, or going through the year without the excitement of the holidays. No shivah to comfort you, no seder to prepare for, no Purim frolic, no apples and honey for a sweet New Year. Chances are a considerable number of your Jewish relatives, friends and acquaintances have a life like that. You can’t miss what you don’t know.

Some rabbis and cantors get rather angry with the so-called Kol Nidre Jews. I just find them difficult to understand. Why on earth would you choose to come to shul only once a year, and pick the day that has more fasting, impossibly-long services, and weirder rituals? (Admit it: legally declaring vows invalid and the whole avodah service have some rather peculiar tinges). It is as if they wanted a confirmation that religion is this strange, foreign, depressive thing they witness once a year. To me, the worse part is that people choose to look at their entire Jewish heritage through the prism of a “sad” penitential commemoration. Ask some non-practicing Jews: they may have no idea what Shavuot is about, but they know most details of death and mourning rituals. Why live in “Kol Nidre mode” all your life?

Sukkot is a time of rejoicing, probably the most beautiful holiday of our calendar. Talking about the exuberance of these celebration, the sages said “he who has not seen the rejoicing at the Simchat Bet Ha-Shoeva, has never seen rejoicing in his life” (Sukkah 1:5). It is also the ultimate time to engage in an important mitzvah, hakhnasat orkhim, inviting people to share a meal with you. This Sukkot, make your love and enthusiasm for Judaism something contagious. Show the beauty and richness of Jewish life to those who still don’t know it, Jewish or not. Show your disaffected Jewish friends that there is so much more than fasting and long piyyutim. Show your non-Jewish friends that the external aspects of Judaism they know (all those prohibitions and picturesque attire) are nothing but a small detail in the whole dazzling picture. Let us all spend our whole year in Sukkot mode.

Jews and the Internets